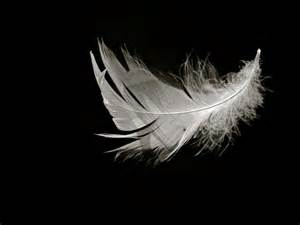 I was drawn to a sample drum circle at the Haddam River Days event last September. Sitting before a l waist-high djembe drum amongst mostly children I soon mimicked the simple beats laid down by the women. “I like peanut butter- I like peanut butter.” The beat shifted to more complicated but still easy rhythms. I zoned and stayed at the circle for over a half hour.
The women handed me a flyer and encouraged me to join one of the local drum group. Yes! I would get myself to a circle—and soon!
Almost a year had passed and though I thought about it, I never got to a group. It had been in the back of my mind and was brought to the fore when my friend “D” and I were talking bucket lists. D said she and her partner wanted to try drumming and she asked if i could help them find a circle. D is in late stages of cancer and time literally is of the essence.
I called the number on the flyer but there was no answer. I surfed the web but couldn’t find anything local or soon. I began asking around. A lead from a woman from my church who is a massage therapist pointed me to a shop The New Pagenew page. I called and spoke to a very friendly proprietor, Yvette.I explained my friend’s situation and if she knew anyone anyone who facilitated women’s drum circles, who might make a house call. She told me to call her associate Tala. What a great and open soul! Sight unseen, Tala, a certified Sound Healer, not only would come to my house for a drum circle, but she would taylor it to a healing and energy circle in honor of D. She would also bring a friend, Lindsay, a fantastic drummer and photographer.
I would make the fire in my yard–tinder, kindling and fuel, no paper or accelerants, and w one match ala Girl Scouts! Tala would bring a singing bowl, some rattles, and drums. I would loan out my Tom toms, maracas, etc. I decided
to buy a small djembe of my own.
I thought and prayed about the drum circle and who to invite- mostly people who knew D, but a few others I thought would be a good fit. Each woman was to bring a special item from her own yard to put into the fire as an offering—flowers, sage, a stick, etc.

D and I were in steady contact growing more and more excited for this fire circle event. She did a ton of researching on line for djembes and Tom toms. She purchased a set of each for her partner and they were miraculously delivered the day before the circle.
The day of the circle arrived. Sadly, D was having a very bad day and she told me she and S could not make it after all. My heart was sad. I thought about postponing, but know how hard it is to get nine committed friends plus Tala and Lindsay to find a new date. We decided to have the circle in D’s honor and for individual benefits anyway.
I met Tala and Lindsay in my cul de sac that night and experienced their warmth and kindred spirits immediately. Tala gave me a full, soulful hug as though we had known each other for years!
The women were milling around the fire pit as Tala and Lindsay set up their bowls, bells, rattles, and drums. While I was bringing out last minute refreshment items for after the drumming, a white, fluffy feather (not from the typical northeastern birds) floated down by the circle between Cathy, Brenda, and Erin! The three women stopped mid conversation to marvel and retrieve it. It was immediately identified as an “angel feather.” We all got the chills and felt its surprising appearance as something spiritual. A hello from someone departed? A presence? Someone gave the feather to Tala who stowed it in red velvet bag with her gems.
I will write more about the actual 2.5 hour drumming experience,but will for now stick w the feather…
At the end of the night as we were standing around the goodie table, the consensus was to give the feather to D. Tala put a piece of flint that had been carved into a heart-shape she acquired from her friend’s sacred land in Arizona (?) to present to D. Some of us talked about going to her house for a “flash mob” drum circle when she rallies. We will see. I took the satchel and promised to bring it to her ASAP.
D called me the next morning. Thankfully she was feeling a lot better. I gave her a play-by-play of the night, and how we were thinking of her and sending her love and energy. I told her about the “angel feather.” “That was me!” She said, almost matter of fact. She said she had planned to bring one of her precious feathers to the fire as an offering. woh! I told her how the women wanted her to have it. She said she would keep it with her sacred treasures and plans to have it on the altar at her memorial service.

9 thoughts on ““Angel Feather” at My Women’s Fire Circle”